A crush can make you feel young again – even a widower named Ralph. On an ordinary day in a routine life, Ralph decides to take a different path on his daily walk – one that leads him to an unexpected second chance at love. Relying on a renewed boyish charm, Ralph attempts to woo the elegant, but distant, Carol. Defying Carol’s reticence – and his lonely sister’s jealousy – Ralph embarks on the trip of a lifetime, and regains a happiness that seemed all but lost. THE LAST ROMANCE is a charming story of missed opportunity, lost love and second chances set to the tune of an Italian Opera.

Ernie and Twink are in the autumn of their lives. In celebration of their thirtieth wedding anniversary, the couple’s children send them on a Caribbean cruise. Free of chores and children, Ernie and Twink are wined, dined and introduced to exciting people. When they meet the rich, seductive Blake and Beth, who still seem to have the perfect life together after ten years of marriage, Twink becomes infatuated with the glamour of the other couple’s lives and seeks to reignite the spark in her own marriage.

Separate Beds looks at marriage from the inside and out. Between the cabin and the dining room, we get to see conflict in the public and private demonstrations of a relationship. Ernie and Twink teach us about the danger in taking your spouse for granted and Beth and Blake show that a glossy surface may well be hiding a great disconnect. Respect ultimately wins the day and all four characters learn what it takes to make a marriage sizzle. 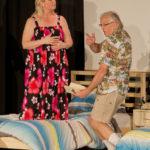 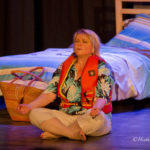 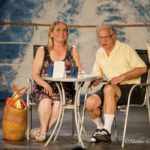 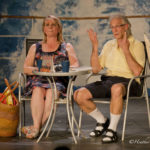 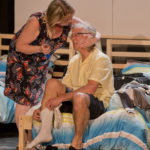 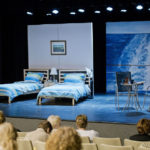 The Most Massive Woman Wins

Challenging, brutal and hilarious, four women of various shapes and sizes sitting in the waiting room of a liposuction clinic explore their perceptions of body image. The women reveal their experiences dealing with their weight issues through monologues, short scenes, and even schoolyard rhymes. From painful childhood memories to frustrations with the opposite sex, these experiences both haunt and empower these women as they imagine their way to a new vision of themselves as beautiful and whole.

October 2013 – The Whores by Charles Crosby @ The Brantford Arts Block